STARKVILLE – Local renewable energy will soon be available as Starkville Utilities makes the City of Starkville the first municipality in Mississippi to sign a Tennessee Valley Authority Green Invest agreement.

Starkville Utilities has agreed to purchase 30 megawatts of solar energy, which is equivalent to 15% of Starkville’s annual electricity consumption. In addition to providing a local, clean and cost-effective renewable energy option for customers, the utility’s participation in Green Invest will help maintain the city’s Valley Sustainable Communities gold status.

“As we transition into a cleaner future, the long-term partnership between Starkville Utilities and TVA demonstrates the leadership needed to bring more renewable energy to our community,” she said. “Renewable energy is something that more businesses want, and having it available makes Starkville more competitive for development.”

TVA is working with Miami-based solar developer Origis Energy to build a new 200-megawatt solar farm at the Golden Triangle industrial complex, pending environmental reviews. The solar farm should be operational in early 2023.

TVA sees a bright future for solar fueling the region’s economy because it has increased its contracted solar capacity by 60% since October 2020.

“TVA’s Green Invest is more than a solar program – it contributes to TVA’s long-term community-based development program to create a clean economy for the Tennessee Valley,” said Chris Hansen, TVA vice president, Origination and Renewables. “Starkville Utilities has shown leadership to support the City of Starkville’s focus on the environment, to align with current customer needs and attract new business to the area.”

Since 2018, Green Invest has attracted nearly $2.7 billion in solar investment and procured over 2,100 megawatts of solar on behalf of its customers – maintaining TVA’s green energy leadership with the greatest amount of renewable generation in the Southeast.

“Green Invest will help us take ownership of our energy future by investing in more sustainable, renewable options to reduce our carbon footprint,” Kemp said. “Starkville Utilities is pleased to provide an option that brings the economical and environmental advantages of large-scale solar power to Starkville. It’s an exciting step into the future for our customers and our community.”

Starkville Utilities is a municipally owned and operated electric and water utility, serving more than 14,000 residences, businesses and industries in Starkville as well as the state’s largest institution of higher learning, Mississippi State University. 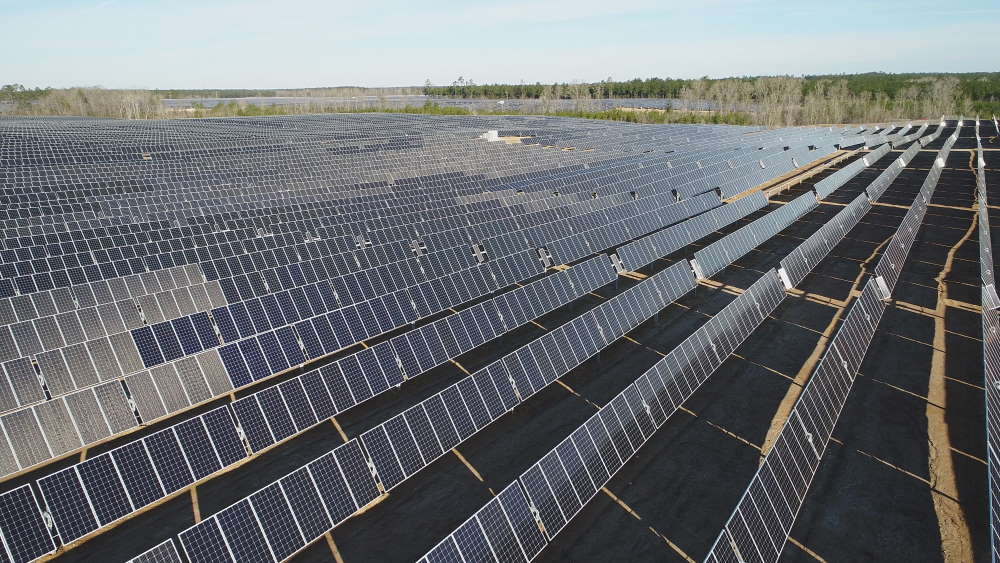 Starkville Utilities has agreed to purchase 30 megawatts of solar energy through the Tennessee Valley Authority Green Invest program. The energy will be supplied by a solar project in Lowndes County currently under development by Origis Energy. This photo of a solar installation in Lamar County by Origis is representative of the solar plus storage project in the Golden Triangle.

We are a Water and Electric Utilities Company in Starkville